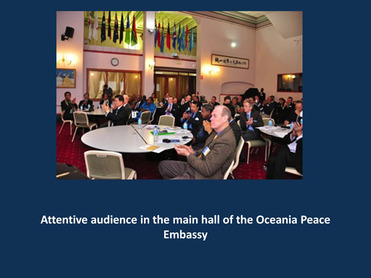 An International Leadership Conference on the theme “Consultation for Peace and Security in the Pacific” was held in Sydney, Australia, June 15 to 17. The purpose of this special conference was to discuss and reflect on the ways in which UEF can provide leadership and vision to address the critical issues currently facing nations in the Oceania region.

S.A. Khan: Reflections on the Youth Service in Nuwakot, Nepal