Between October 28th and November 2nd thirteen distinguished Nigerian VIP guests and Ambassadors for Peace participated in a dual program co-sponsored by Universal Education Foundation and Universal Peace Federation-International.  The Nigerian Guests along with students and guests from Las Vegas attended 6 days of discussions and adventures and a special UEF Assembly on the theme of “Building a Culture of Peace” through the family and through public service.

The Nigerian delegation included the head of a poly-technical institute, a congressional aide, the head of one mega-church, the owner of a pharmaceutical company and a number of other businessmen and women. These guests paid for their own travel and excursion expenses and accommodations.

On Monday the 28th the presentations and discussions began with an introduction to the Las Vegas Seminar Program by Mr. Kwon Jin Moon. This was followed by an introduction to UPF-International by the president of the world-wide organization, Dr. Thomas Walsh. Other presentations were made by Dr. Tony Guerra from UEF-Las Vegas and Mr. Kevin Winter from the Africa office of UPF in Nigeria.

Day 2 was devoted to a tour of the Grand Canyon at the world famous Sky Walk. This tour was surprised by the supprise appearance in their midst on the skywalk of “Zombies” – members of the Hualapai Tourism Dance Troupe recording a flash mob performance of the Michael Jackson’s Thriller which later appeared on Youtube.

Days 3 and 4 were spent in lectures and discussion on the principles of peace-making and reconciliation and the UPF perspective on history and the peaceful world of the future. On the evening of day 4 the entire group went to see the Cirque de Soleil’s “O” at the Bellagio Theatre.

Day 5 was devoted to the special UEF Assembly at the UNLV Student Union Theater.  More than a hundred students and leading Las Vegas citizens joined our international guests for an event that included inter-cultural performances, a Bridge of Peace Ceremony, a panel discussion, an award ceremony for outstanding community servants and an inspiring presentation on the way forward to peace for human civilization.

International participants dressed in colorful traditional attire. The bridge of peace ceremony focused on reconciliation between traditionally conflicted ethnic groups, between races and between genders. The Panel discussion brought out intimate testimonies of overcoming devastating personal tragedy through public service and love for humanity and overcoming tribal and racial animosity by inter-ethnic and inter-racial married couples. Ambassador for Peace awards were presented to 9 leading citizens of Nigeria and the United States who have lived exemplary lives of service. And Mr. Kwon Jin Moon presented a stirring oratory canvas of the process for reaching what some futurologists call a “level one planetary civilization”.

The Nigerian delegation was treated to one more day of excursions and a farewell dinner offered by the Universal Educational Foundation. 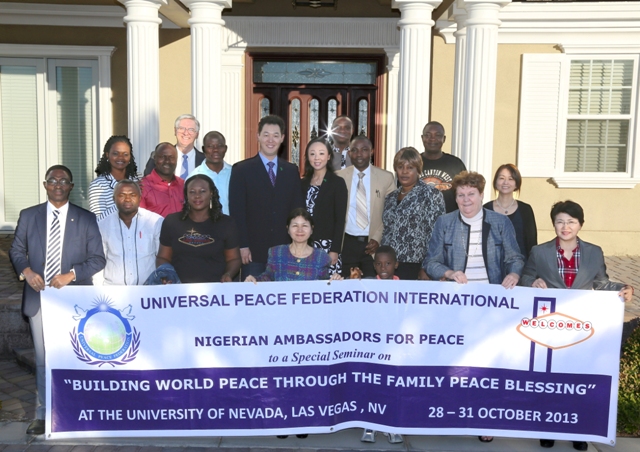 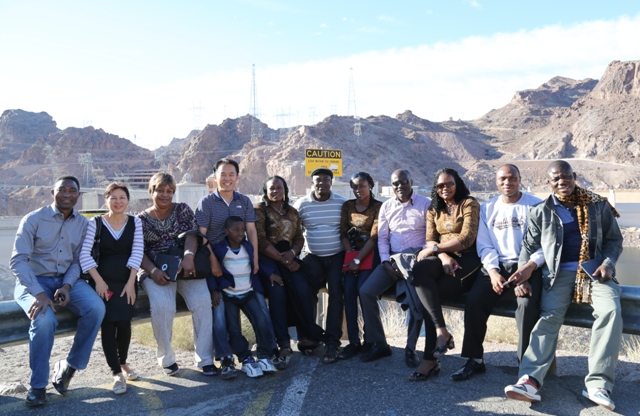 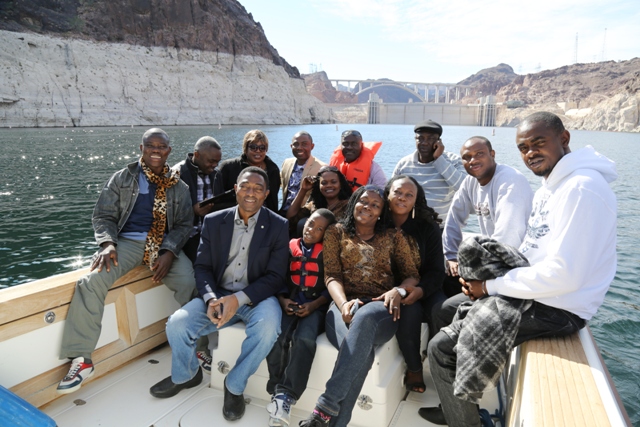 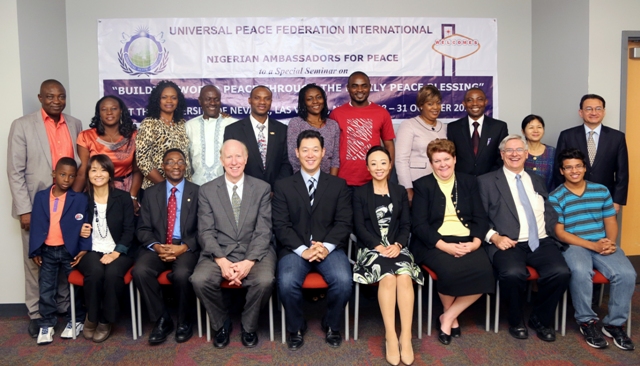 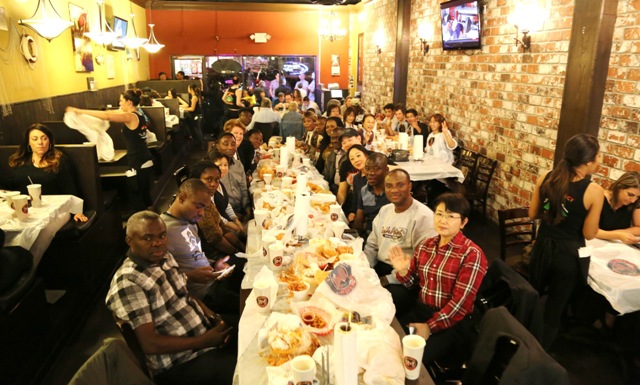 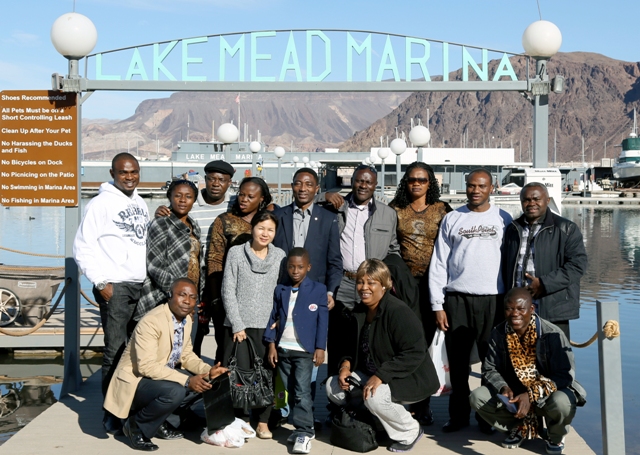 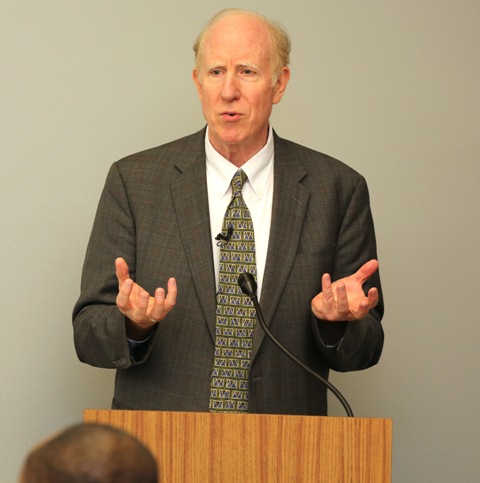 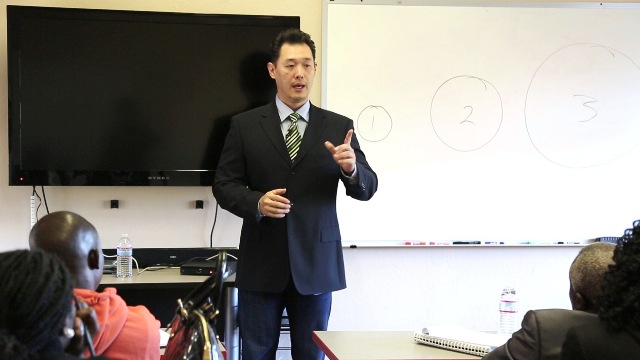 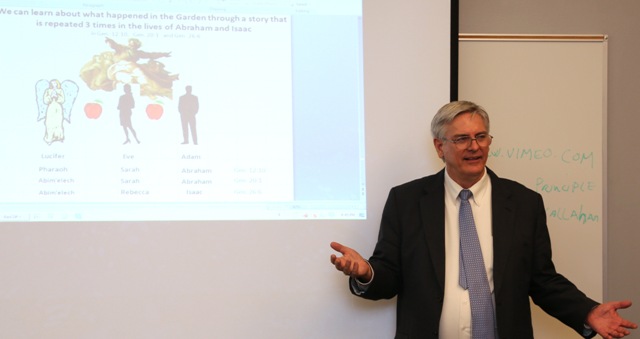